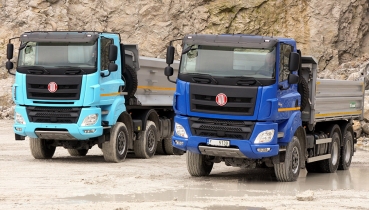 The latest generation of the highly successful TATRA PHOENIX Euro 6 truck will be launched in April this year. Made by the oldest Czech automotive producer (and today the only Czech-owned producer of motor vehicles), the 2018 model will offer customers even more effective solutions for their transportation needs.