TATRA TRUCK will introduce innovations in their production at one of the most significant defense technology trade fairs - Eurosatory 2016 on 13 – 17 June in Paris. 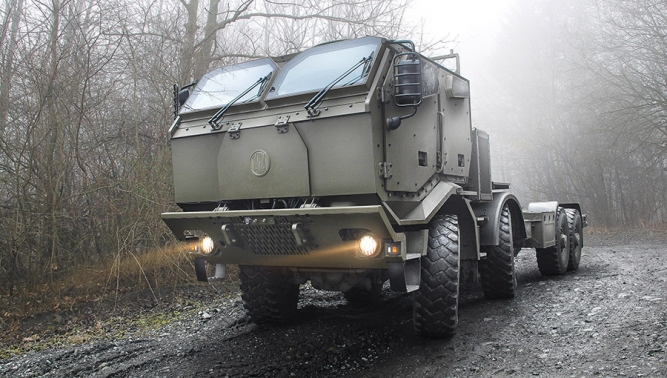 The innovations concern the TATRA FORCE series, which will be introduced at EUROSATORY 2016 with two versions of new cabs. The first exhibit is a new cab with additional space for a crew of 1+4 lineup. The cab has been designed for general use within the logistic and support vehicles.

The second exhibit is a workshop vehicle for the Czech Army on the TATRA FORCE 8x8 chassis with a new cab with improved ballistic and anti-mine protection. However, this solution, primarily intended for the armed forces, offers a wider potential of application.  A four-door cab can be used for anti-riot vehicles and rescue vehicles, and even the use for civil applications seems to be feasible, as their crews in the Middle East countries are often exposed to the danger of explosive booby system or sniper fire.

The TATRA TRUCKS booth is situated in the open area of Pe6bs, marked D320.