TATRA TRUCKS a.s. made 763 trucks as completely built units in 2013, which is the highest output since 2008. Last year it sold 722 units, about two thirds of which were exported. 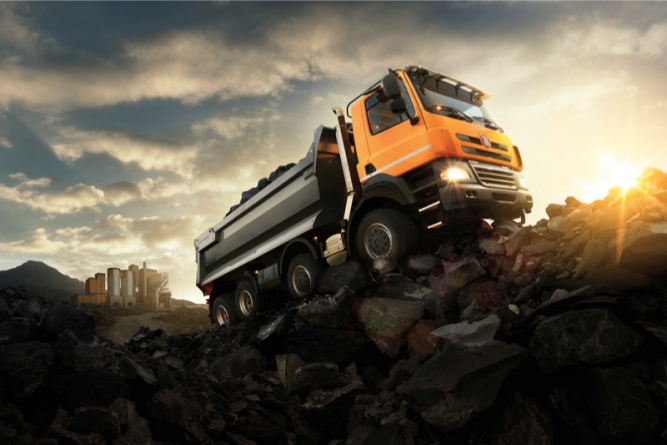 The Kopřivnice-based TATRA TRUCKS, one of the oldest motor companies worldwide, had reached an all-time low by the end of 2012. Production was suspended due to cash flow difficulties and most workers were at home. It was two experienced Czech industrial businessmen Jaroslav Strnad and René Matera who agreed to save this company. The owners and their key managers, namely Petr Rusek, Chairman of the Board of Directors and Sales Director, and Radek Strouhal, CFO, managed to restart production in the first half of 2013, regaining the fundamental trust of banks as well as gradually restoring suppliers’ trust.

On 1 October 2013 Petr Karásek, an experienced crisis manager, became the CEO of TATRA TRUCKS. Before he was appointed, he and other experts prepared a strategy to stabilize the company and ensure its further development. Under Karásek’s governing, it has already been four months since the approved restructuring plan of TATRA TRUCKS a.s. has been in place. Within it, the company’s number of job positions was reduced by more than a hundred. As of 1 January 2014, the parent company TATRA TRUCKS employs 952 people and the subsidiaries Taforge, a forge, and Tafonco, a foundry, approximately 600.

In terms of sales, last year was extraordinarily successful for sales of fire trucks. Compared to previous years, sales were two to three times higher. The agricultural segment is also worth mentioning: demand for TATRA trucks increased in connection with a new product – the TATRA agrotruck. At the turn of 2014 TATRA TRUCKS shipped the first supply of trucks under a contract for 750 trucks for the Middle East. The construction and military segments were traditionally the strongest sales areas. The portfolio of sales in the remaining segments was divided evenly among mining, oil and gas, utilities, forestry and agriculture.

The sales target for 2014 is 760 trucks. The main focus of the ongoing restructuring plan will be aimed at streamlining in-house processes and increasing the unification level of the product portfolio orientated towards specific commercial and defence segments. Due to the ongoing restructuring focused on better economic performance, the company cannot plan pay rises. However, in 2014 a modification of the pay structure may be considered; its objective is to ensure better staff motivation to increase their productivity, performance and quality of their work. The management sees the biggest potential for further improvement of the company’s operation not only in improving cooperation with its vendors, but also in its employees’ potential.