TATRA PHOENIX presentation to the public 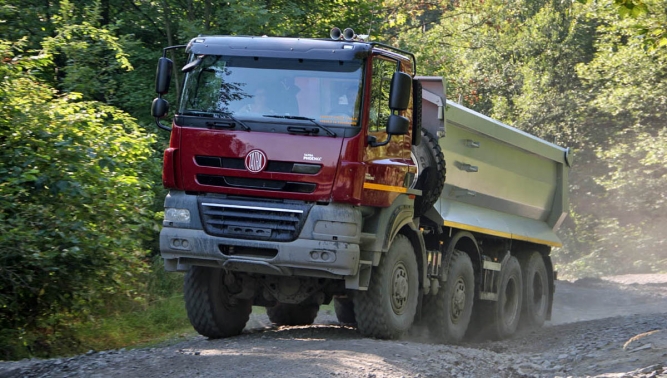 KOPŘIVNICE (20 September, 2011) - After being recently officially introduced to journalists, the new model range of TATRA PHOENIX heavy-duty trucks will be, for the first time, also launched to the public.

The TATRA, a. s. company will present the new TATRA PHOENIX truck on the occasion of three important events.

On the weekend of September 24 and 25, the TATRA PHOENIX 8x8 S1 truck, together with a CAS 30 water tender and with one of special military trucks of the so-called "7-series" T815-7 range, will be displayed during the 2011 NATO Days in Ostrava - the largest event of this kind in Central Europe. The Ostrava Airport of Leoš Janáček expects to attract several tens of thousands of visitors.

The Nitra Motor Show will be the second occasion where the public will have an opportunity to see the new TATRA truck made for the commercial sector. The show will be held in the Slovak Republic from September 29 through October 3. The TATRA PHOENIX 8x8 S1 truck will be displayed in the open area outside the main entrance to welcome all visitors and fans of the Slovak motor show.

The third presentation event will be the International 2011 Brno Engineering Fair. Its importance for the Czech industry reaches far beyond the Czech Republic. The TATRA PHOENIX will be displayed in the open exhibition area "P" between exhibition halls "P" and "Z".

Ostrava, Nitra, and Brno – these are the cities where the public, and not only from the Czech Republic and Slovakia, will have an opportunity to see the TATRA PHOENIX truck for the first time. The TATRA PHOENIX is a truck enabling the oldest Czech auto company to extend its offers to customers, as well as to reach a higher level of meeting customers' needs. The TATRA PHOENIX embodies all the features of TATRA's successful globalization strategy. The truck is a significant leading-edge innovation and hard evidence of the TATRA brand's ability to compete in the world market.