This year's 12th World Championship will be held from 14 to 21 August 2016 at the Municipal Stadium in Ostrava Vitkovice and TATRA TRUCKS will be presented to the public at the venue of this major sporting event. 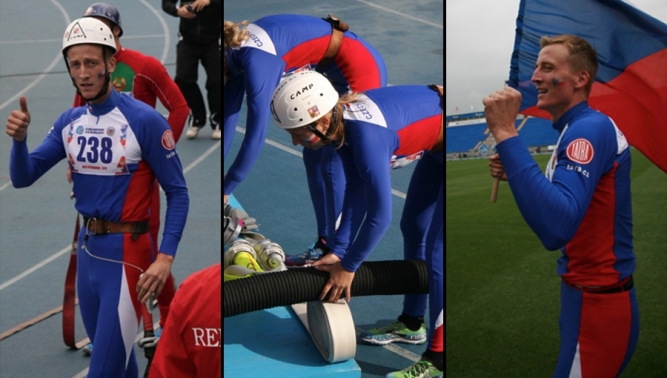 TATRA TRUCKS has always supported and will support firefighting sports activities and volunteer firefighters, and therefore they have become the General Partner of the World Championship in Fire Sport of junior boys, junior girls, men and women for 2016.

"We are very pleased that we can be the General Partner of events such as the World Championship in Fire Sport. We see this event as a good opportunity to promote our representatives and demonstrate the power and potential of Tatra trucks to the general public. TATRA TRUCKS makes an effort to promote the sport and especially the activities of volunteer firemen," said Jiri Kasparek, Marketing Manager of TATRA TRUCKS. "In 2015 the World Championships in Fire Sport for men and women was held in mid-September at the location where the fire sport originated - in St. Petersburg, and even there we supported the representation of the Czech Republic," says Mr. Kasparek.

TATRA TRUCKS appreciate that this year's event is taking place in the Czech Republic and they can support it. The Tatra truck maker will exhibit at their booth at the Municipal Stadium in Ostrava-Vitkovice. To name some of the exhibits, for example, the TATRA FORCE 6x6 CAS 30 fire truck with the superstructure supplied by THT Polička will be presented.

In 2013 TATRA TRUCKS acquired the world-famous Tatra truck maker, and after a change in the ownership structure they underwent a successful restructuring. In addition to the standard model ranges they also produce special trucks tailored to client requirements. Eighty percent of the production is intended for export.

As of the end of 2015, TATRA TRUCKS employed 900 full-time employees in the parent company and about 610 FTEs in two subsidiaries primarily focused on casting and forging. At the end of 2014, the sale of the new generation of TATRA PHOENIX Euro 6 was started. In 2015 the company produced 858 vehicles and continues to grow.