At today’s afternoon meeting, the management of TATRA TRUCKS a.s. informed the employees about the company's results for 2014, and especially on the payment of annual bonuses arising from the results achieved. At the same time, the wages of employees will rise this year by 2.2 percent in average. 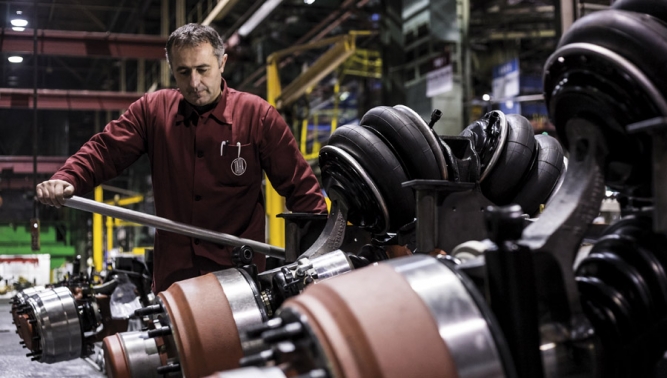 The management also informed the assembled employees about the upcoming wage increase in the amount of CZK 500 per employee and resumption in the bonus system for 2015. This increase represents an average company wage growth by about 2.2%. As early as September last year, the employees՚ wages were increased by CZK 200 and average wages for the last year rose by 2.5% compared to 2013.

The basic principle of wage increase in mainly raising the variable incentive component, which was underused in the company of in previous years, and whose introduction during 2014 has brought first positive results, for example, a rapid productivity growth. The company management has declared this increase in the current situation rather as a kind of payment for several previous years when, due to the former owners and their management the company got into great economic difficulties that the new owners address in the approved restructuring plan. A formal signing of the wage addendum to the Collective Agreement is scheduled for the beginning of next week so that payment for January could cover the increase and transfer of some components to the incentive part of the remuneration.