On 5 January the most famous rally in the world – the Dakar Rally – started in Rosario, Argentina. Of the 75 racing teams on the entry list of the trucks category, eight have chosen trucks of the tried and tested TATRA design to conquer over ten thousand kilometres. 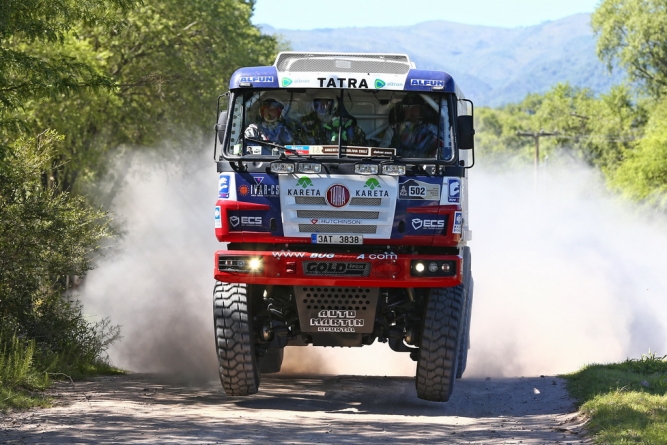 Only the future knows who is going to defeat the Atacama Desert and go through Argentina, Bolivia and Chile to reach Valparaiso, Chile, first and enjoy the taste of victory. In the trucks category, the chances of several teams featuring experienced drivers are standing high. Moreover, there will be quite a few of them in TATRA trucks. Martin Kolomý of the TATRA Buggyra Racing team, who finished in fifth place in 2013, has very good chances. Artur Ardavichus of the Bonver Dakar Project, who came third in 2012, aims to be on the podium as well as the experienced Aleš Loprais of the InstaForex Loprais Team.

This year the challenging off-road parade of advanced technology and abilities of the drivers of TATRA trucks will feature the following teams and truck models (order according to starting numbers):

The TATRA TRUCKS company wishes all racing teams the best of luck, the best possible results and reaching the finish line in Valparaiso, Chile.

For more information and reports on the individual teams in the 2014 Dakar Rally, visit their websites or facebook profiles, watch TV reports on ČT sport or Sport 5, and on the Radiožurnál radio station. You can also download a Dakar app which is available from the official 2014 Dakar Rally website www.dakar.com.