Home About the Company Press and Media News TATRA TRUCKS produced 1,326 vehicles in 2016 Production has grown by 56 percent year-on-year

In 2016, the TATRA TRUCKS truckmaker produced a total of 1,326 vehicles, with all manufactured vehicles already sold. As a result, it's the first time since 2008 that Tatra exceeded the symbolic production milestone of 1,000 vehicles and managed to increase production by more than 50 percent on a year-on-year basis. 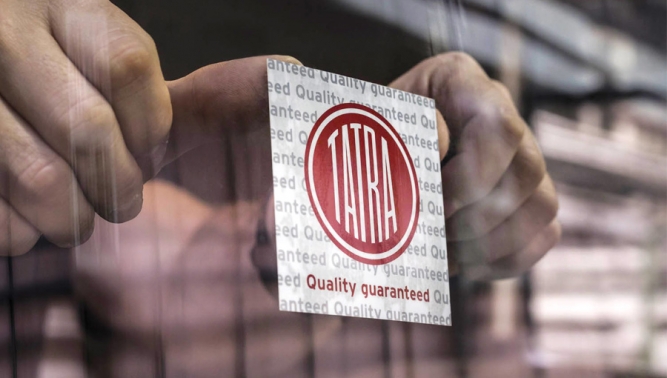 “We have proved to customers around the world that we are able to meet their demand for our unique Tatra vehicles and chassis,” says company CEO Martin Bednarz. The production in Tatra ran until the last working day of the year; the last score of vehicles were assembled in the week between Christmas and New Year.

Both owners of the truckmaker highly appreciate the company’s results in 2016: Jaroslav Strnad and René Matera. Majority shareholder of TATRA TRUCKS Jaroslav Strnad says: “A big thanks from me and Rene Matera go not only to the entire management team of TATRA TRUCKS, but above all to the employees for all their efforts, especially in recent weeks and months.”

The production and sales goals of TATRA TRUCKS for 2017 is 1,700 vehicles. From a long-term point of view, the company considers it realistic to supply the world market with about 2,000 vehicles a year in the segment of specialty trucks and chassis for various superstructures with the requirement for high durability and go-anywhere ability off-road.

A substantial annual increase in company sales will correspond to the growth in production. “Our EBITDA will rise as well, it will approach the level of half a billion CZK in 2016,” said Finance Director Radek Strouhal.

Chairman Petr Rusek’s comments on expectations for 2017: “Due to the expected development of the European economy, our growth in 2017 will be much more demanding than in the last two years. However, thanks to a specific product and the major diversification of markets, Tatra has good prerequisites for this.”