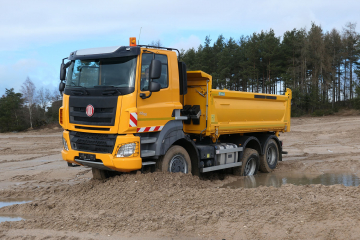 Tatra Trucks, based in the town of Kopřivnice, supplies its vehicles to many armies around the world on various continents. Last year, it got its first major contracts from NATO armies in Western Europe. The Tatra trucks will soon serve the US Army in its Grafenwöhr training area in Germany.