On Friday, July 8, the representatives of Tatra Trucks company welcomed an important visit, members of COREPER – the Committee of Permanent Representatives of Member States in the Council of the European Union. These ambassadors of the European Union countries spent three days in the Moravian-Silesian region last week and, as part of their visit to the region, they also visited the Tatra Trucks factory. 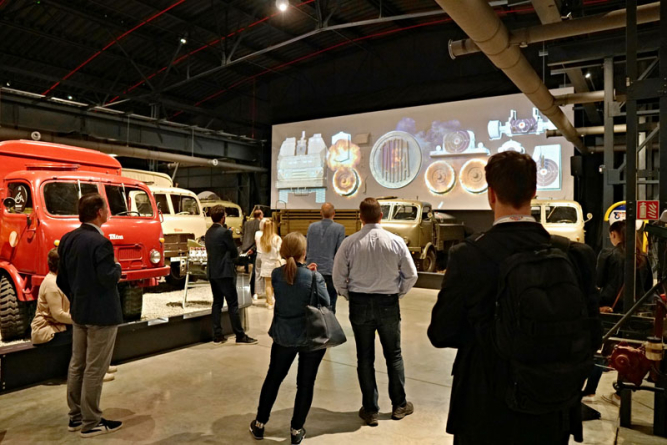 COREPER members arrived in town of Kopřivnice at ten o'clock in the morning from Ostrava and an interesting program awaited them. They were welcomed by CEO Pavel Lazar and Director of Marketing Kamil Košťál, who during the opening presentation introduced the history and present of Tatra Trucks to the visitors. Afterwards, the guests visited the final assembly hall of Tatra Trucks company and got to know the current production of the company. As part of the program, the guests also visited the Museum of the Tatra automobiles with presentation by CEO Pavel Lazar. They had the opportunity to learn about the long history of the Tatra Trucks company and view unique exhibits that have been admired by the public for several months.

In addition, guests had the opportunity to try various Tatra vehicles on the test range. Civilian and military Tatra trucks of various model lines were available to them, and professional drivers of the Tatra Buggyra Racing team drove them in Tatra Phoenix racing trucks designed for the Rally Dakar. Visitors even had opportunity to be taken with very rare vintage Tatra T 87 cars. At a static demonstration, visitors could see various Tatra vehicles, including the longest truck ever produced by the company – Tatra Force intended for operation at the Liberty Ostrava metallurgical plant.

Each time the Presidency starts, COREPER members visit and get to know certain regions of the country currently holding the EU Presidency. Their visit to the Moravian-Silesian Region and the Tatra Trucks company was thus related to the start of the Czech presidency. COREPER is the main preparatory body of the Council of the European Union.

COREPER assesses all items (with certain exceptions) to be included on the agenda of the EU Council. COREPER is not a decision-making body of the EU, but its members have a strong say in EU negotiations and influence the approval of funds within the framework of various projects or, for example, within the Just Transition Fund. For this, the members of COREPER need information and knowledge about the situation in various regions of the European Union countries, which is what the mentioned visits are primarily for.