TATRA TRUCKS will be newly produced in Azerbaijan

TATRA trucks will be produced in Azerbaijan. TATRA TRUCKS and Azerbaijani GANJA AUTOMOBILE PLANT have agreed on the terms and conditions of the joint project. The project, which was mediated with help of the Euro-Azerbaijan Chamber of Commerce, will be launched in 2018 when the first pieces of vehicles should be assembled in Azerbaijan. 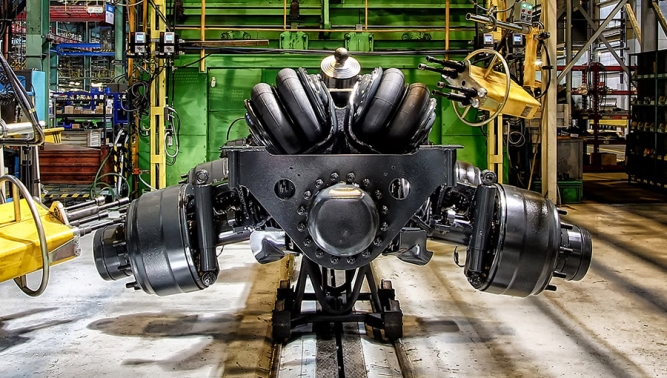 The memorandum between The TATRA TRUCKS and GANJA AUTOMOBILE PLANT was signed at the Azerbaijan Embassy in Prague in the presence of Farida Shafiyeva, the Ambassador of Azerbaijan in the Czech Republic, and David Snášel, President of the Europe-Azerbaijan Chamber of Commerce.

Ambassador of Azerbaijan Farid Shafiyev said on the occasion: "The assembly of TATRA vehicles is an important project of Czech-Azerbaijan industrial cooperation. It contributes not only to bilateral industrial relations, but also to the development of Azerbaijani industry and its diversification outside the mining sector." The Czech Republic covers 34 percent of its oil consumption from Azerbaijan, while Czech companies are mainly involved in infrastructure projects in Azerbaijan.

Petr Rusek, Chairman of the Board of Directors of TATRA TRUCKS, said: "Azerbaijan is a significant partner of the Czech Republic in the Caucasus region, where a number of Czech industrial companies are successfully implementing their projects. For Tatra is one of the important export territories. In Ganje, Tatra can be produced not only for the Azerbaijani market but also for other Central Asian states." TATRA has exported 541 vehicles to Azerbaijan.

David Snášel, chairman of the Euro-Azerbaijan Chamber of Commerce, added: "For our Chamber, this is a reference project that we value more and that it has connected Azerbaijan with the famous Czech brand TATRA which represents family silver within the Czech industry. The Chamber has demonstrated the ability to make significant contributions to both Czech and Azerbaijan companies to make good business together."

Azerbaijan is an important trading partner of the Czech Republic. It supplies 34 percent of its oil consumption, providing virtually the whole production program of the refinery in Kralupy nad Vltavou. Czech businesses are involved in major infrastructure projects in Azerbaijan and supply industrial goods.

GANJA AUTOMOBILE PLANT is a production company focused on the installation of automotive technology based in Ganje, the second largest city in Azerbaijan. Its construction began in Soviet times, due to turbulences after the collapse of the USSR, the production started in 2004, already in the independent Republic of Azerbaijan. Currently, MAZ and KAMAZ are being installed in the company. Its annual production capacity is about 1000 trucks and 2000 tractors.