TATRA TRUCKS is one of the most famous Czech engineering companies and can be proud of the longest uninterrupted tradition of wheeled vehicle production in the world. This June, TATRA commemorates the 170th anniversary of its establishment. 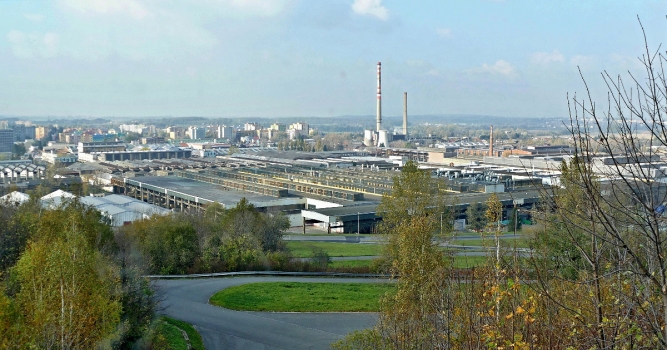 Over the last few years, TATRA TRUCKS has already commemorated several historical milestones. In 2017, the company celebrated 120 years since the production of the first passenger car with an internal combustion engine, a year later TATRA TRUCKS saw 120 years since the creation of the first motor truck produced in Kopřivnice. Last year, TATRA TRUCKS celebrated 100 years of the TATRA brand. And 2020 is associated with the 170th year of the company's existence. However, TATRA´s trade name, status and owners have changed several times in the past, but the continued production of vehicles and the location of its factory has remained unchanged.

Versatile company and famous brand
TATRA is one of the oldest vehicle manufacturers with a continuous history in the world, and one of the oldest manufacturers of trucks and passenger cars with internal combustion engines in history. In June 1850, the long history of the company known today as TATRA TRUCKS began to be written. At that time, the local native Ignác Šustala started his business in Kopřivnice. First, he manufactured carriages and chariots, later he started production of railway wagons.

In 1897, the company, which had changed owners a few years before, created the first passenger car named Präsident. And a year later, the first motor truck drove out of the gates of the Kopřivnice factory. In 1904, the owners moved the administrative seat of the Kopřivnice manufacturer to Vienna. Gradually, the name Nesselsdorfer Automobile, derived from the German name for Kopřivnice, was adopted for its vehicles. From 1911 on, the NW logo and later the double-headed eagle with the inscription Nesselsdorfer began to be used on the vehicles.

The end of the First World War became crucial for the history of the company and the TATRA brand. According to the act on the so-called nostrification of the new Czechoslovak Republic, the company's administrative headquarters were moved back to Kopřivnice. And the company began to use the Czech designation Kopřivnická vozovka instead of the German name. In addition, since 1919, vehicles manufactured in Kopřivnice carried the TATRA brand, which was created during the post-war tests of the U-type car in the Slovak Tatra Mountains. The name TATRA did not appear in the name of the company until 1927, when Kopřivnická vozovka changed its designation to Závody Tatra, a joint-stock company for the construction of vehicles and railway cars. The TATRA designation was registered as a trademark in the mid-1930s.

One of the important milestones in the history of the TATRA company is the year 1923. The world-famous Tatra designer Hans Ledvinka then designed a unique chassis system known as the "Tatra concept", which consists of a central load-carrying tube and axles with independently suspended swinging half-axles bolted together into a single unit. However, this solution has been successfully used until today.

The famous aerodynamic cars stand for yet another fundamental contribution by TATRA to the history of motoring before the Second World War. TATRA was the first in the world to mass-produce and sell passenger cars with aerodynamic bodies in the 1930s. These were the famous T 77, T 87 and T 97 models. However, TATRA also engaged in the production of trucks, mainly the widespread T 27, T 82, T 85 or T 72 types. These vehicles formed the backbone of the then Czechoslovak Army and were widely used in other countries too.

TATRA also continued to produce vehicles for railway transport, an example being the unique motor passenger M 290 Slovenská strela train, which has survived to this day and is currently undergoing a demanding renovation. However, TATRA also produced airoplanes and aircraft engines, an example being the T 101/201 series sports aircraft, which were the direct predecessors of the famous Czechoslovak post-war aircraft Zlín series called Trenér. The T 101 type even held the Czechoslovak record in terms of distance travelled, when its crew flew with it in 1938 to Khartoum in Sudan.

Trucks as the cornerstone of production
After the Second World War, TATRA became the main manufacturer of heavy trucks for civil and military use in Czechoslovakia and supplied tens of thousands of vehicles to countries on almost all continents. The TATRA brand's very good reputation was spread in dozens of countries by the T 111, T 138, T 148, T 813 and T 815 types. In addition, the production of limousines with an exceptional technical solution and original bodies continued. These were T 600 Tatraplán, T 603 or T 613 types. TATRA also built racing cars, which celebrated success on many racing tracks. Particularly noteworthy was T 607 Monopost built according to the specifications for F1 cars, or T 602 Sport or T 605. With racing variants of trucks, since 1980s, TATRA has been regularly and successfully participating in prestigious long-distance marathons, such as Rally Dakar, Silk Way Rally or Africa Eco Race.

The company entered the 1990s and the new economic environment with production based mainly on the well-known T 815 model line. At the beginning of that decade, the TATRA trademark was granted the status of a famous trademark by the Czech Industrial Property Office. The set of TATRA trademarks, today registered in more than a hundred countries around the world, thus forms an important part of TATRA TRUCKS' value.

The year of 1998 was another turning point since the production of passenger cars was terminated. Since then, the company has focused exclusively on trucks and special vehicles for the civilian and military use, which has become the cornerstone of its production and sales portfolio.

In the last decade of the last century, TATRA gradually began to penetrate to other markets, where customers required specific modifications and versions of vehicles. Thus, TATRA began to install engines and transmissions of foreign origin in its vehicles. The expansion into new markets was also helped by the deployment of TATRA vehicles (in the colours of the Czechoslovak and American armies) in the military Operation Desert Shield and Operation Desert Storm in Iraq the early 1990s. In the middle of that decade, the experience from the Middle East was reflected in the T 816 LIWA project, thanks to which TATRA won the first large contract outside the traditional markets. It was in this project that TATRA used foreign components such as engines and gearboxes according to customer requirements for the first time.

Important for the present of the Kopřivnice company was the year of 2004, when two completely new model lines saw the light of day - namely the T 815-7 (FORCE) and the T 810 (TACTIC). In the construction of both types, the designers based their plans on the requirements for modern military vehicles. Already for several years they have gradually become the backbone elements of the logistics capabilities of the Czech Army. However, they also found their important place in the civilian sphere, especially among firefighters and rescuers.

The most significant milestone in the operation of the Kopřivnice factory over the last decade was its takeover by Czech owners in 2013. The company was restructured and stabilized, and a connection to the leading Czech holdings - CZECHOSLOVAK GROUP and PROMET GROUP - through their owners Michal Strnad and René Matera has been established. Thanks to this, TATRA brand is perceived by customers as a reliable business partner and the Czech public considers it part of the national heritage. This is evidenced, among other things, by regular placements in the first places in the public polls "The brand that Czechs are most proud of" and the "Traditional Czech brand".

At present, TATRA TRUCKS manufactures four standard model lines on three chassis platforms, and cooperates with the companies of the CZECHOSLOVAK GROUP holding on the development of special military vehicles. The TATRA PHOENIX model line has been a key element of the civil production program of heavy trucks since 2011. It uses a combination of the chassis of the Tatra concept and construction groups of renowned world manufacturers. TATRA FORCE is designed primarily for the armed forces, firefighters, and rescuers, but is also used in the mining and construction industries. The TATRA TACTIC business line consists of medium-sized trucks with a ladder frame with rigid portal axles of TATRA´s own design and is designed primarily for military purposes. The TATRA TERRA business line is a successor to the legendary T 815 model. The basis is again made of the original Tatra chassis, a modernized cab and air-cooled TATRA engines and Tatra gearboxes. TERRA vehicles are designed primarily for firefighters and the construction industry.